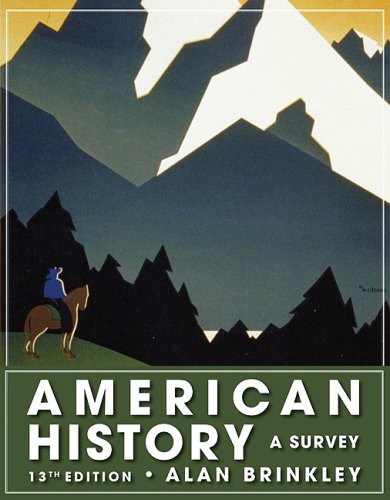 Highly respected for its impeccable scholarship and elegant writing style, Alan Brinkleys. American History provides students and instructors with a broad, comprehensive approach. to the American past. It offers not only a scrupulous account of American political and. diplomatic history, but also a deep exploration of the many other fields that are central to. a critical understanding of the nations past: social, cultural, economic, and urban history,. histories of the South and the West, the environment, science and technology, race,. ethnicity, gender, and the global context of the American experience.