Items related to Elementary Statistics A Step by Step Approach 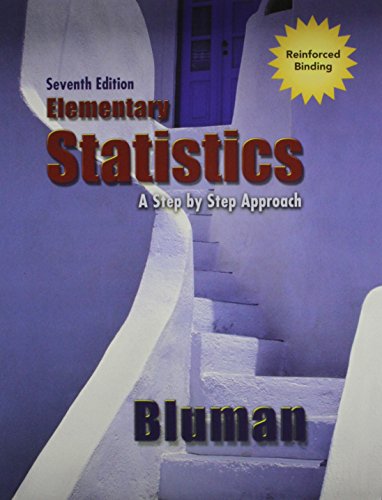 Teach by example with this beginning statistics book! Teaches concepts intuitively and problem-solving though worked examples and step-by-step instructions.

Allan G. Bluman is a professor emeritus at the Community College of Allegheny County, South Campus, near Pittsburgh. He has taught mathematics and statistics for over 35 years. He received an Apple for the Teacher award in recognition of his bringing excellence to the learning environment at South Campus. He has also taught statistics for Penn State University at the Greater Allegheny (McKeesport) Campus and at the Monroeville Center. He received his master's and doctor's degrees from the University of Pittsburgh.

Al Bluman is married and has two sons and a granddaughter.