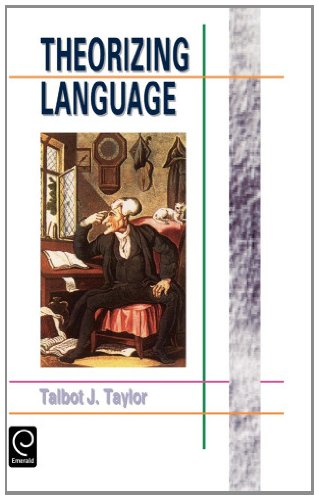 Although what language users in different cultures say about their own language has long been recognized as of potential interest, its theoretical importance to the study of language has typically been thought to be no more than peripheral. Theorizing Language is the first book to place the reflexive character of language at the very centre both of its empirical study and of its theoretical explanation.

Language can only be explained as a cultural product of the reflexive application of its own creative powers to construct, regulate, and give conceptual form to objects of understanding. Language is itself, first and foremost, an object of cultural understanding. Theoretical analyses of language which have neglected its reflexive character, or simply taken its effects for granted, merely impose their own artificial structures on their analytical object.

The first part of this book discusses the consequences of neglecting this reflexive character for the technical concepts and methods which are used in analysing different types of communicational phenomena. In the second part, normativity - a crucial aspect of language's reflexive nature - is examined. The book's third and final part focuses on particular issues in the history of linguistic thought which bear witness to the rhetoric of language theorizing as a reflexive form of inquiry.

Book Description Emerald Group Publishing Limited, 1997. Condition: Good. A+ Customer service! Satisfaction Guaranteed! Book is in Used-Good condition. Pages and cover are clean and intact. Used items may not include supplementary materials such as CDs or access codes. May show signs of minor shelf wear and contain limited notes and highlighting. Seller Inventory # 0080425771-2-4