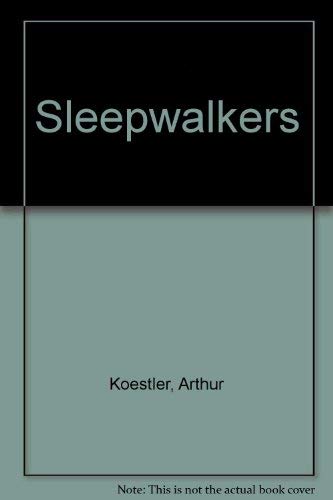 An extraordinary history of humanity's changing vision of the universe. In this masterly synthesis, Arthur Koestler cuts through the sterile distinction between 'sciences' and 'humanities' to bring to life the whole history of cosmology from the Babylonians to Newton. He shows how the tragic split between science and religion arose and how, in particular, the modern world-view replaced the medieval world-view in the scientific revolution of the seventeenth century. He also provides vivid and judicious pen-portraits of a string of great scientists and makes clear the role that political bias and unconscious prejudice played in their creativity.

Arthur Koestler (1905–1983) was an extraordinary polymath, writer, and political polemicist. His most famous works include the novels Darkness at Noon and Arrival and Departure; his autobiographical writings, including Spanish Testament and Scum of the Earth; and his visionary nonfiction, including The Ghost in the Machine, The Case of the Midwife Toad, and The Sleepwalkers.

Herbert Butterfield was an influencial historiographer born in 1900 in Yorkshire, England. A graduate of Peterhouse, University of Cambridge, he is best known for his 1931 work The Whig Interpretation of History. He died in 1979.

The Sleepwalkers is a valuable and provocative book . . . a work with a noble aim * Sunday Times * The greatest part of this massive work is a close and valuable study of Copernicus, Tycho Brahe, Kepler, and Galileo . . . He writes tensely, with passion, as though personally involved, about events that took place more than 300 years ago * The Times *

Book Description Hutchinson, 1968. Condition: Good. This is an ex-library book and may have the usual library/used-book markings inside.This book has hardback covers. In good all round condition. Dust Jacket in good condition. Please note the Image in this listing is a stock photo and may not match the covers of the actual item,700grams, ISBN:0090502515. Seller Inventory # 8004231

2. Sleepwalkers : A History of Man's Changing Vision of the Universe

Book Description Penguin Random House, 1979. Condition: Good. Ships from the UK. Former Library book. Shows some signs of wear, and may have some markings on the inside. Seller Inventory # GRP87515411

Shipping: US$ 15.29
From United Kingdom to U.S.A.
Destination, rates & speeds