Items related to How we lived then: A history of everyday life during...

Longmate, Norman How we lived then: A history of everyday life during the Second World War

How we lived then: A history of everyday life during the Second World War 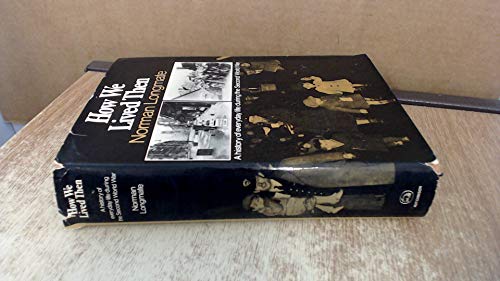 Compiled by the historical adviser to the TV series "The 1940s House," this is an engagingly written social chronicle of wartime civilian life in England from September 1939 to August 1945â€”from the grandeurs of the Blitz to the miseries of dried egg powderâ€”with numerous individual testimonies.

A fascinating and highly readable book on a subject commanding strong popular interest, filled with personal testimonies and colourful details.

Norman Longmate served in the army in World War II, and then went to Oxford University in 1947 to read Modern History. He subsequently worked as a Fleet Street journalist, as a producer of history programmes for the BBC, and for the BBC Secretariat. In 1981 he was elected a Fellow of the Royal Historical Society and in 1983 he left the BBC to become a full-time writer. Norman Longmate is the author of more than twenty books, mainly on the Second World War and Victorian social history, and of many radio and television scripts on historical subjects. He has frequently been employed as an historical adviser by film and television companies, most recently on the series The 1940s House.

1. How we lived then: A history of everyday life during the Second World War