Items related to Games with shadows 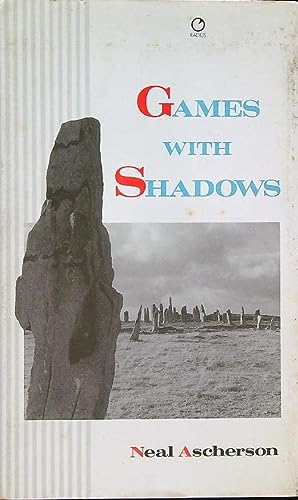 Neal Ascherson is the most unusual political essayist writing in Britain today.

Ascherson looks, first, at the painful business of being English in a period of decline marked by public nastiness and private confusion. He goes on to attack- in an important and original series of arguments- the politics of 'Stonehenge': the UK's archaic and undemocratic constitution.

He was born in Edinburgh and educated at Eton and King's College, Cambridge, where he read history. He was described by the historian Eric Hobsbawm as "perhaps the most brilliant student I ever had. I didn't really teach him much, I just let him get on with it."

After graduating with a starred First, he declined offers to pursue an academic career. Instead, he chose a career in journalism, first at the Manchester Guardian and then at The Scotsman (1959-1960), The Observer (1960-1990) and the Independent on Sunday (1990-1998). He contributed scripts for the 1974 documentary series World at War and the 1998 series The Cold War. In recent years, he has also been a regular contributor to the London Review of Books.

Book Description Radius, 1988. Hardcover. Condition: Used; Good. Dispatched, from the UK, within 48 hours of ordering. This book is in good condition but will show signs of previous ownership. Please expect some creasing to the spine and/or minor damage to the cover. Aged book. Please note this book is over 20 years old. It will therefore have tanned pages, age spots and plenty of shelf wear. However, for its age it is still very useable, and a great read. Damaged book. Please note this is a damaged book. The condition of this book is as stated above, however this book is slightly damaged in some way. Typically a grazed corner or torn cover. Thanks. Grubby book. This book is dirty and has significant shelf wear, however all text is there and readable, as such it is acceptable for sale, and is still a good read. Thanks. Seller Inventory # CHL3547038

Book Description Radius 1988-04-01, 1988. Hardcover. Condition: Very Good. All books are pre-owned and will have been read by someone else before you. They may well show signs of minor wear and tear. Please note, cover images are illustrative only, and the actual book cover and edition can vary. Seller Inventory # 9780091730192-21