Items related to The disappearance of Edwin Drood

The disappearance of Edwin Drood 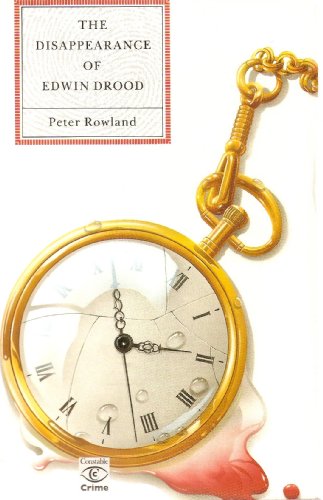 Hired by Cloisterham choirmaster Jasper John to ascertain the fate of his nephew, Edwin Drood, Sherlock Holmes and his trusty Dr. Watson set out to solve the mystery that Dickens began in his unfinished The Mystery of Edwin Drood.

Poor Sherlock Holmes is assigned yet another case that Conan Doyle never thought to offer him: When Edwin Drood's uncle, Jasper John, appears in the Baker Street digs, he indicates that his nephew vanished one year ago, and he suspects that Neville Landless--the young man's rival for the affections of Rosa Bud- -murdered him. Holmes and Watson take on the case and, in short order, meet up with all the pertinent Dickens characters, including: the Reverend Septimus Crisparkle; the Dean of Cloisterham; the opium princess; Dick Datchery; and the stone mason. All know something about the disappearance of young Edwin not one year ago--but 25 years back. As Holmes picks and paces and pontificates his way to a not-very-surprising conclusion, there's one semi-bright spot: Rowland's interpretation of the mysterious Mr. Datchery's true identity. A somewhat lifeless addition to the Conan Doyle and Charles Dickens pseudoliterature. -- Copyright ©1992, Kirkus Associates, LP. All rights reserved.

2. The Disappearance of Edwin Drood

3. The Disappearance of Edwin Drood