Items related to On the Run 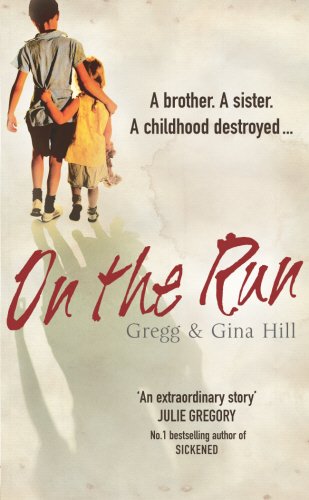 By the Son and daughter of Henrey Hill - immortalised in the book "Wise Guy" and the Martin Scorsese film "Goodfellas - On the Run" is a harrowing account of a childhood spent coping with an explosive father whilst dodging Mafia payback. Henry Hill's business partner, Jimmy Burke has whacked every person who could possibly implicate him in the infamous Lufthansa robbery at JFK airport. On his way to prison, lifelong gangster Henry is given two options: sleep with the fishes, or enter the FBI's Witness Protection Programme. Gregg and Gina are dragged along for the ride. Like nomads, they're forced to wander from state to state, constantly inventing new names and finding new friends, only to abandon them at a moments notice. Living in fear of being found and killed. But Henry, the rock Gregg and Gina so desperately need is a heavy cocaine user and knows only the criminal life. He is soon up to his old tricks and consistently putting their identities in jeopardy. And so, it continues until the kids, now almost grown, can no longer ignore that the Mob might be less of a threat to them than remaining under the roof of their increasingly unbalanced father.

Gregg and Gina Hill were swept away from their lives at a very young age to enter the Witness Protection Program with their father and mother. This is the first time they've spoken about their experiences. They currently live in different parts of the United States under aliases.

Fans of mob turncoat Henry Hill based on Nicholas Pileggi's Wiseguy (an account of Hill's life) and the popular film adaptation Goodfellas will be forced to dramatically re-evaluate him after reading this gripping memoir by his children—who were only a passing blip in those earlier versions. Their warts-and-all portrayal of the immense disruption to their lives caused by their father's criminal recidivism is often heartbreaking. At a young age, they were exposed to family friends like Jimmy "the Gent" Burke, whom they knew as Uncle Jimmy, unaware he was a brutal truck hijacker. When investigators on the 1980 multimillion-dollar Lufthansa heist obtained Hill's cooperation as a witness, the children were given an hour to pick through their possessions to select what they could take with them into their new life in the witness protection program. Gregg and Gina often give overlapping perspectives of the same events, as they struggle to adjust, without the benefit of any guidance, and to craft plausible backstories for their new classmates and neighbors. Gregg's story is especially moving as he traces his personal evolution from model student to an adolescent forced to protect his mother from his father. The grimness is leavened with humor, and the many readers who will be rooting for these innocent victims will be heartened by their capacity to transcend a truly awful upbringing. B&w photos.
Copyright © Reed Business Information, a division of Reed Elsevier Inc. All rights reserved.