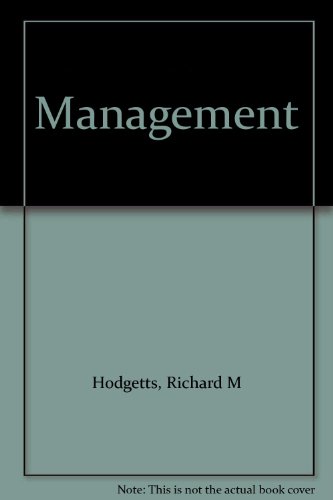 Dr. Richard M. Hodgetts is a professor of management at Florida International University (FIU). His earned degrees in business include a Ph.D. from the University of Oklahoma, an M.B.A. from Indiana University, and a B.S. from New York University. Dr. Hodgetts has published more than 125 articles and papers on a variety of topics ranging from entrepreneurship to strategic management to total quality management. His articles have appeared in a host of journals including the Academy of Management Journal, Academy of Management Executive, Organizational Dynamics, Business Horizons, Personnel, Personnel Journal, and the Journal of Small Business Management. He is also the author or coauthor of 49 books. Some of the most recent include International Business, International Management, Modern Human Relations at Work, Measures of Quality and High Performance, and Entrepreneurship, A Contemporary Approach, Fifth Edition (Harcourt College Publishers, 2001), which he wrote with Dr. Kuratko.
Dr. Hodgetts has consulted for a number of Fortune 500 firms and has provided training for a wide variety of companies, including AT&T Technologies, Delco Electronics, Eastman Kodak, general Electric, IBM, Motorola, Texas Instruments, and Wal-Mart. He has also lectured in Mexico, Venezuela, Peru, Chile, Jamaica, Trinidad, Denmark, Kuwait, and at a host of U.S. colleges and universities.
In recent years Dr. Hodgetts has been recognized for his teaching and contributions to the field of management. He received the Outstanding Educator Award from the National Academy of Management in 1999; the John F. Mee Management Contribution Award, from the Management History Division of the Academy of Management in 1998; the Professor Excellence Program Award from FIU in 1997, a Teaching Improvement Program Award from FIU in 1996; and an Excellence in Teaching Award from FIU in 1995.
Professor Hodgetts is a fellow of the Academy of Management and a past memeber of the Academy's Board of Governors. He also serves in three academic review boards and writes a biweekly column on small business and entrepreneurship in the Ft. Lauderdale Sun Sentinel.

Book Description Harcourt Trade Publishers. Paperback. Condition: Good. A copy that has been read, but remains in clean condition. All pages are intact, and the cover is intact. The spine may show signs of wear. Pages can include limited notes and highlighting, and the copy can include previous owner inscriptions. At ThriftBooks, our motto is: Read More, Spend Less. Seller Inventory # G0123510600I3N00