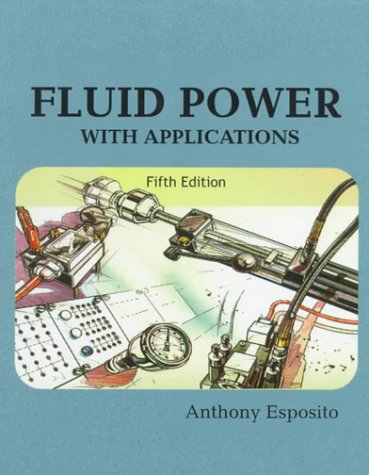 Updated to reflect current fluid power technology and industrial applications, this book focuses on the design, analysis, operation, and maintenance of fluid power systems. Provide readers with realistic ways to obtain desired speeds of hydraulic cylinders and motors. Enhances understanding of the operation of hydraulic pumps and motors. Use of MathCad shows readers how to use MathCad for optimizing the operating performance of hydraulic systems. For anyone interested in learning about Fluid Power, Hydraulics, and Pneumatics in Engineering Technology and Industrial Technology Programs.

Anthony Esposito was born on October 4, 1934 in Schenectady, NY.  His family moved to Saratoga Springs, NY in 1948.  He graduated from Saratoga Springs High School in 1953.  In 1957 he received a Bachelors Degree in Mechanical Engineering from Union College in Schenectady.  He was employed at General Electric Company as a design engineer in Cincinnati from 1957 to 1961 and a control systems engineer in Schenectady from 1961 to 1965. He married Mary Jane Stark of Cincinnati in 1959 and they have four children and ten grandchildren. Anthony and Mary currently live in Fairfield, OH.

Shipping: US$ 7.89
From United Kingdom to U.S.A.
Destination, rates & speeds