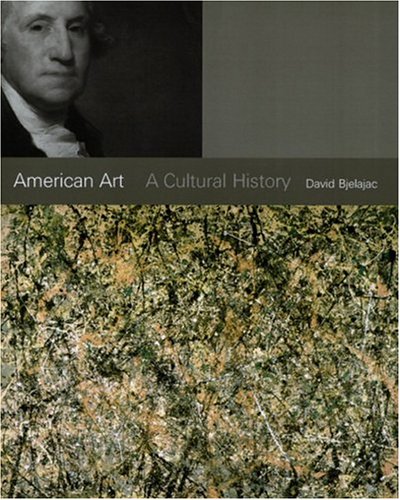 In this newly revised and expanded survey, David Bjelajac punctures the idea of a uniquely American way of seeing or representation. Instead, he sifts painting, sculpture, architecture, photography, and contemporary new media within a broader material culture, documenting a visual history characterized by conflict and a rich diversity - from European colonial settlement to the themed environments of Disney and art exhibitions in the aftermath of the September 11, 2001, terrorist attacks in America.

Though broadly chronological, the book is structured around various themes, such as the animating power of religious imagery in the seventeenth century, the cultivation of republican virtue in the eighteenth century, and a split national identity in the Civil War era. The final chapters document the rise of a conflicted Avant-Garde, the populism and public art of the Depression years, the Abstract Expressionists, and the postmodern 1990s. Famous works by established names such as Charles Bulfinch, Benjamin West, James Abbott McNeill Whistler, Mathew Brady, Georgia O'Keeffe, and Jeff Koons are freshly interpreted next to vernacular imagery—a masonic apron, an earthenware mug, a satirical cartoon, or a labor union poster.

Dismissing the idea of art as a stately evolution of styles or "-isms," the author sees America's visual culture as an arena in which conflicting notions of class, gender, race, and regional allegiance are fought. Stepping outside traditional art-historical discourse, he launches boldly into the realms of politics, religion, science, literature, and popular culture in order to analyze individual art works within their specific historical contexts. Throughout, using generous quotations from primary sources, Bjelajac pays close attention to how contemporary artists, audiences, and beholders from different backgrounds have talked about specific works, the nature of art, and the artist's role in American society.

David Bjelajac is professor of art and the human sciences at The George Washington University.

Book Description Discontinued 3PD, 2000. Condition: Good. Ships from Reno, NV. Shows some signs of wear, and may have some markings on the inside. Seller Inventory # GRP117121475