Items related to The Bell 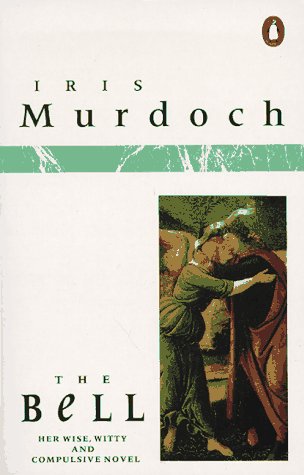 First published in 1958, Iris Murdoch's funny and sad novel is about religion, the fight between good and evil and the terrible accidents of human frailty. Encamped outside Imber Abbey, home of an enclosed order of nuns, is a community of very mixed-up people waiting for the installation of a new bell, but then the old one is rediscovered.

A lay community of thoroughly mixed-up people is encamped outside Imber Abbey, home of an enclosed order of nuns. A new bell,legendary symbol of religion and magic, is rediscovered. Dora Greenfield, erring wife, returns to her husband. Michael Mead, leader of the community, is confronted by Nick Fawley, with whom he had disasterous homosexual relations, while the wise old Abbess watches and prays and exercies discreet authority. And everyone, or almost everyone, hopes to be saved whatever that may mean...Iris Murdoch's funny and sad novel is about religion, the fight between good and evil and the terrible accidents of human frailty.

A. S. Byatt, novelist, short-story writer, and critic, is the author of many books, including Possession, winner of the Man Booker Prize.