Items related to Way Of The Sufi

Shah, Idries Way Of The Sufi

Way Of The Sufi 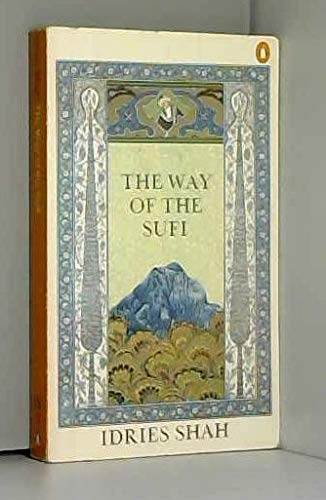 Intended to illustrate something of the richness and range of Sufi ideas, this remarkable book contains extracts, verses, anecdotes, epigrams, lectures, contemplation-themes and teaching stories culled from such classical authors as Rumi, El-Ghazali and Omar Khayyam as well as sources best known to Sufis themselves.

The Way of the Sufi offers the reader an introductory course of study, beginning with a review of special problems facing the Western student. Not least of these is the fact that Sufi writings are instrumental in function rather than didactic or just literature. Most are written to meet the needs of a specific community at a particular time, rather than to be universally or perennially read.

"Dominion of the earth from end to end is worth less than a drip of blood upon the earth." Sufism is the mystical branch of Islam that teaches love, humility, poverty, pragmatism and wisdom. In his timeless introduction, Idries Shah presents selections of lyric poems, fantastic tales, humorous anecdotes, and insightful maxims straight from the writings of revered Sufi masters. Originally a reaction against the increasing worldliness of Islam, Sufi wisdom still hits home in a modern world obsessed with pleasure and material wealth.

As the urgency of our global situation becomes apparent, more and more readers are turning to the books of writer Idries Shah as a way to train new capacities and new ways of thinking. Shah has been described as "the most significant worker adapting classical spiritual thought to the modern world." His lively contemporary books have sold more than 15 million copies in 12 languages worldwide. They have been reviewed positively by The New York Times, The New Yorker, The Times (London), The Tribune, The Telegraph, and numerous other international journals and newspapers. "The most interesting books in the English language."

Saturday Review "A major psychological and cultural event of our time."

Psychology Today "One is immediately forced to use one's mind in a new way."

New York Times The instrumental function of Shah's work is now well established among people from all walks of life. Stockbrokers, scientists, lawyers, managers, writers, physicians, and diplomats have found Shah's literature for human development "extraordinary." "It presents a blueprint of the human mental structure."

2. Way Of The Sufi Shah, Idries