Items related to Death's Men: Soldiers of the Great War 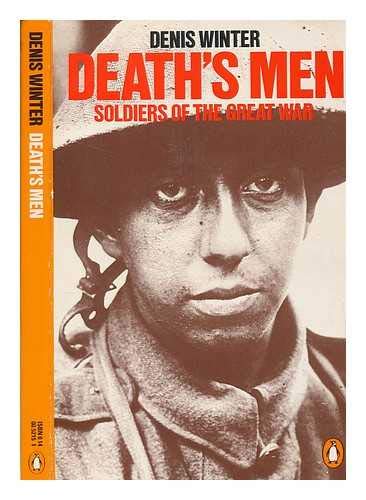 A look at the First World War through the eyes of the men who fought in it. Originally published in 1978.

Denis Winter was born in 1940 and read history at Pembroke College, Cambridge. Death's Men was first published in 1978, to critical and popular acclaim. This was followed by his book The First of the Few: Fighter Pilots of the First World War.

An engrossing view of what it was like to live in the trenches, go on leave, get wounded, et cetera, and features voice after voice from the ranks * Telegraph * Highly readable . . . it transforms the individual soldier into the subject of history and the war itself into a series of intense states of consciousness lived out at the very edge of endurance * Time Out * A compelling account of what the war was like for the ordinary soldier -- Professor Trevor Wilson A novel and arresting approach to the writing of military history -- John Keegan * New Statesman *