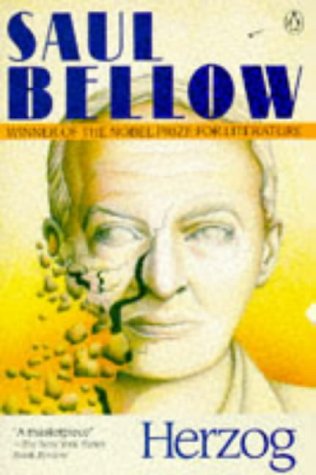 A novel complex, compelling, absurd and realistic, Herzog became a classic almost as soon as it was published in 1964. In it Saul Bellow tells the tale of Moses E. Herzog, a tragically confused intellectual who suffers from the breakup of his second marriage, the general failure of his life and the specter of growing up Jewish in the middle part of the 20th century. He responds to his personal crisis by sending out a series of letters to all kinds of people. The letters in total constitute a thoughtful examination of his own life and that which has occurred around him. What emerges is not always pretty, but serves as gritty foundation for this absorbing novel.

SAUL BELLOW (1915–2005) won the Pulitzer Prize for his novel Humboldt’s Gift, and was awarded the Nobel Prize for Literature. The only novelist to receive three National Book Awards, he was presented the National Book Award Foundation Medal for Distinguished Contribution to American Letters.

PHILIP ROTH, acclaimed author of Portnoy’s Complaint, The Human Stain, and many other works of fiction, is the recipient of numerous awards, including the National Medal of Arts from the White House.