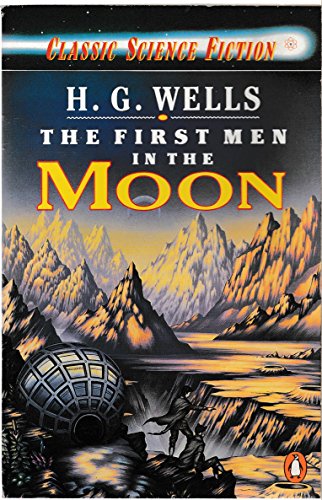 This book was originally published prior to 1923, and represents a reproduction of an important historical work, maintaining the same format as the original work. While some publishers have opted to apply OCR (optical character recognition) technology to the process, we believe this leads to sub-optimal results (frequent typographical errors, strange characters and confusing formatting) and does not adequately preserve the historical character of the original artifact. We believe this work is culturally important in its original archival form. While we strive to adequately clean and digitally enhance the original work, there are occasionally instances where imperfections such as blurred or missing pages, poor pictures or errant marks may have been introduced due to either the quality of the original work or the scanning process itself. Despite these occasional imperfections, we have brought it back into print as part of our ongoing global book preservation commitment, providing customers with access to the best possible historical reprints. We appreciate your understanding of these occasional imperfections, and sincerely hope you enjoy seeing the book in a format as close as possible to that intended by the original publisher.

The First Men in the Moon (1901) is one of the most dazzling of Wells's 'scientific romances, ' and the last of the series which began with The Time Machine. Leaving their humdrum lives in Kent, Mr. Bedford and Mr. Cavor invade the moon and are captured by the ant-like Selenites. They are forced to confront their own littleness when viewed in a cosmic perspective, and the result is a highly entertaining satire on imperialism in particular and human frailty in general.

Herbert George "H. G." Wells (21 September 1866 – 13 August 1946) was an English writer, now best known for his work in the science fiction genre. He was also a prolific writer in many other genres, including contemporary novels, history, politics and social commentary, even writing textbooks and rules for war games. Together with Jules Verne and Hugo Gernsback, Wells has been referred to as "The Father of Science Fiction". His most notable science fiction works include The War of the Worlds, The Time Machine, The Invisible Man and The Island of Doctor Moreau. Wells's earliest specialised training was in biology, and his thinking on ethical matters took place in a specifically and fundamentally Darwinian context. He was also from an early date an outspoken socialist, often (but not always, as at the beginning of the First World War) sympathising with pacifist views. His later works became increasingly political and didactic, and he sometimes indicated on official documents that his profession was that of "Journalist." Most of his later novels were not science fiction. Some described lower-middle class life (Kipps; The History of Mr Polly), leading him to be touted as a worthy successor to Charles Dickens, but Wells described a range of social strata and even attempted, in Tono-Bungay (1909), a diagnosis of English society as a whole. Wells also wrote abundantly about the "New Woman" and the Suffragettes (Ann Veronica).

Book Description Penguin UK. Paperback. Condition: Very Good. A copy that has been read, but remains in excellent condition. Pages are intact and are not marred by notes or highlighting, but may contain a neat previous owner name. The spine remains undamaged. At ThriftBooks, our motto is: Read More, Spend Less. Seller Inventory # G0140079998I4N00

2. The First Men in the Moon (Sfc) (Classic Science Fiction)

Book Description Paperback. Condition: Very Good. The book has been read, but is in excellent condition. Pages are intact and not marred by notes or highlighting. The spine remains undamaged. Seller Inventory # GOR004510972

3. The First Men in the Moon (Sfc) (Classic Science Fiction)

Book Description Paperback. Condition: Good. The book has been read but remains in clean condition. All pages are intact and the cover is intact. Some minor wear to the spine. Seller Inventory # GOR003384694

4. The First Men in the Moon (Sfc) (Classic Science Fiction)

Book Description Paperback. Condition: Fair. A readable copy of the book which may include some defects such as highlighting and notes. Cover and pages may be creased and show discolouration. Seller Inventory # GOR003159450

5. The First Men in the Moon (Classic Science Fiction)

Book Description Penguin Books Ltd, 1987. Paperback. Condition: Used; Good. **Simply Brit** Shipped with Premium postal service within 24 hours from the UK with impressive delivery time. We have dispatched from our book depository; items of good condition to over ten million satisfied customers worldwide. We are committed to providing you with reliable and efficient service at all times. Seller Inventory # mon0001535411