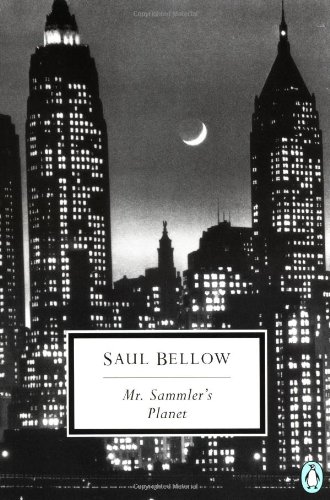 To escape the European horror, Mr Sammler was obliged to crawl from his own grave, and to kill. He is assured by Dr Lal that a perfect society is attainable, on the moon. Meanwhile on Mr Sammler's planet, so recognizably our own, there seems little chance of attaining it.

Saul Bellow (1915-2005), author of numerous novels, novellas, and stories, was the only novelist to receive three National Book Awards. He also received the Pulitzer Prize, the Nobel Prize in Literature, the National Book Foundation Medal for Distinguished Contribution to American Letters, and the American Academy of Arts and Letters Gold Medal for Fiction. During the 1967 Arab-Israeli conflict, Bellow served as a war correspondent for Newsday. He taught at New York University, Princeton, and the University of Minnesota and was chairman of the Committee on Social Thought at the University of Chicago.