Items related to The Upanishads (Arkana) 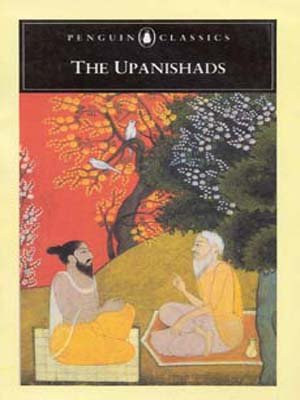 Includes the 10 principal Upanishads, the Shvetashvatara Upanishad, and 4 Yoga Upanishads to represent the later tradition. 1987

Review:
Formerly a professor of Victorian literature, Eknath Easwaran discovered the treasures of wisdom in his own native India and began to pursue them with a passion. He has since studied them, practiced them, and moved to America to share them with the Western world. In his translation of The Upanishads, the font of Indian spirituality, Easwaran delights us with a readable rendition of one of the most difficult texts of all religious traditions. Each Upanishad is a lyrical statement about the deeper truths of mysticism, from the different levels of awareness to cultivations of love for God. There's one twist, though, for ultimately a devoted meditator realizes that God and the world are not separate from oneself. Then the ultimate goal becomes to reunite with the universal Self, achieving the infinite joy that accompanies such union. Easwaran recruited Michael Nagler to contribute notes to the translation and a lengthy afterword, which together with introductions to each Upanishad, guide us expertly through this strange and fruitful landscape. --Brian Bruya
From the Publisher:
The Upanishads are the wellspring of India's loftiest philosophies and faith. Some three thousand years old, they are the earliest living records of the Perennial Philosophy: the conviction, stamped with personal experience, that there is a spark of the godhead in every creature, and that to realize this divinity is life's highest goal. This edition contains not only the eight principal Upanishads but four yoga Upanishads not often found in other editions. Careful introductions to each highlight themes and clarify difficult ideas.