Items related to The presentation of self in everyday life (A Pelican...

Goffman, Erving The presentation of self in everyday life (A Pelican book)

The presentation of self in everyday life (A Pelican book) 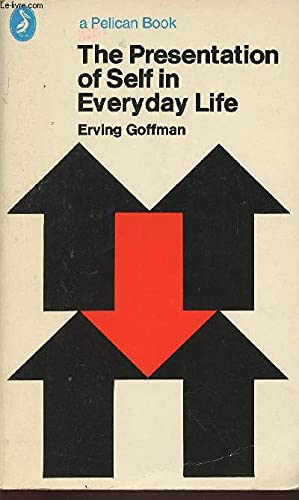 In what the General Practitioner called 'this intelligent searching work', the author of "Stigma" and "Asylums" presents an analysis of the structures of social encounters from the perspective of the dramatic performance. He shows us exactly how people use such 'fixed props' as houses, clothes, and job situations; how they combine in teams resembling secret societies; and, how they adopt discrepant roles and communicate out of character. Professor Goffman takes us 'backstage' too, into the regions where people both prepare their images and relax from them; and he demonstrates in painful detail what can happen when a performance falls flat.

A study of human behavior in social situations and the way we appear to others. Dr. Goffman has employed as a framework the metaphor of theatrical performance. Discussions of social techniques are based upon detailed research and observation of social customs in many regions.

Erving Goffman (1922-1982) was one of the most influential sociologists of the twentieth century. He was Benjamin Franklin Professor of Anthropology and Sociology at the University of Pennsylvania.

1. The Presentation of Self in Everyday Life (Pelican)