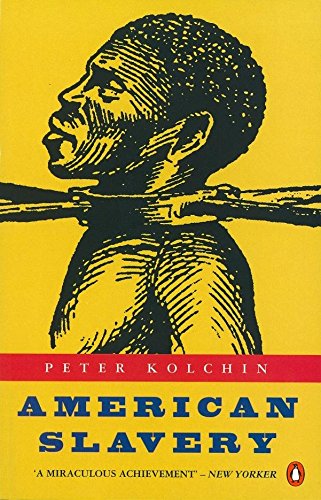 Peter Kolchin is Professor of History at the University of Delaware. Winner of the Bancroft Prize in American history, his other books include Unfree Labor: American Slavery and Russian Serfdom and A Sphinx on American Land.

Book Description Penguin Books, 1995. Paperback. Condition: New. 1st. Paperback. Beginning with the Colonial period, progressing through the Revolution and the Antebellum period, the book chronologically documents the historical evolution of slavery in the USA Beginnin.Shipping may be from multiple locations in the US or from the UK, depending on stock availability. 320 pages. 0.236. Seller Inventory # 9780140241501

Shipping: US$ 16.65
From United Kingdom to U.S.A.
Destination, rates & speeds