Items related to They Whisper 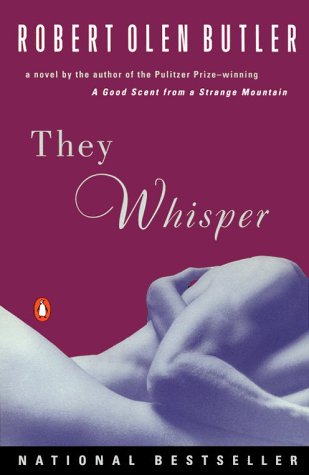 In an attempt to make sense of his disappointing life, a thirty-five-year-old man explores his sexual history with the woman of his childhood fantasies, a series of Vietnamese prostitutes, a stranger, and his jealous wife. Reprint.

Butler, who won the Pulitzer Prize last year for his tales of Vietnamese in the Louisiana bayou, Good Scent from a Strange Mountain , shifts his attention to sex. His narrator, Ira Holloway, must "wrestle with the profound mystery of [his] attraction to women." The real mystery is why Butler, who delivered such a straightforward tale of homelessness in The Deuce (1989), has suddenly discovered the prose poem and gone gaga over vaginas, nipples, armpits, navels, and--particularly--toes. If there's a story here at all, it's one of obsession: as a schoolboy, Ira sneaks into the girls' restroom after hours. He writes testimonials concerning his sexual prowess (and sensitivity) on the stall doors, attributing them to the various objects of his fantasies. His graffiti is witty and forms a transition into the most interesting aspect of They Whisper: the stream-of-consciousness "I" of Ira that becomes the "I" of various women, yielding a novel told from many points of view. Butler's women are vivid, although they invariably people "the other"; Ira's lover, Fiona, emerges as his most significant other, becoming his wife and a mother to his son. She concludes the novel, { }a la Molly Bloom, in a soliloquy to the spirituality of sex--she is in love with Jesus, a sexual Jesus. There are many such strange and marvelous passages in Butler's novel, but Ira never solves his mystery, and Butler never manages to tell a story. John Mort

Book Description Condition: New. Ira is trying to come to terms with his life. To do so, he must examine his sexuality and its profound hold on him. From the Pulitzer Prize-winning author of A Good Scent from a Strange Mountain. Seller Inventory # 9780140243932