Items related to Stig of the Dump (Puffin Modern Classics) 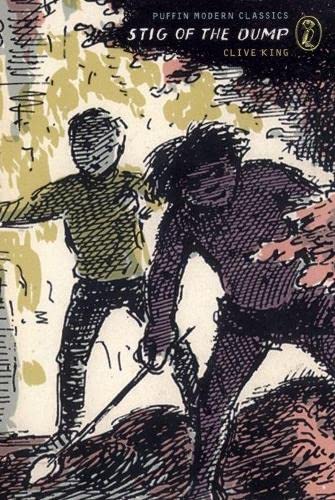 Barney is a solitary eight-year-old, given to wandering off by himself. One day he is lying on the edge of disused chalk-pit when he tumbles over, lands in a sort of cave, and meets' somebody with a lot of shaggy hair and two bright black eyes' - wearing a rabbit-skin and speaking in grunts. He names him Stig. They learn to understand one another, and together they raid the rubbish dump at the bottom of the pit, improve Stig's cave dwelling, and enjoy a series of adventures that are sometimes wildly improbably and sometimes extremely practical.

1. STIG OF THE DUMP (PUFFIN MODERN