Items related to The Countess of Pembroke's Arcadia (Penguin English... 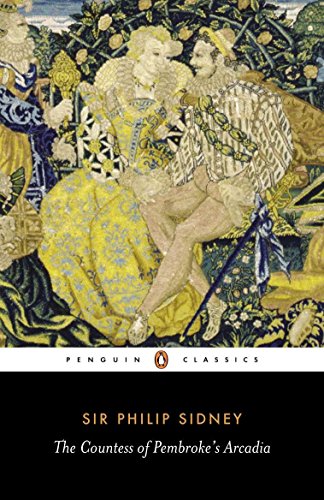 Basilus, a foolish old duke, consults an oracle as he imperiously wishes to know the future, but he is less than pleased with what he learns. To escape the oracle's horrific prophecies about his family and kingdom he withdraws into pastoral retreat with his wife and two daughters. When a pair of wandering princes fall in love with the princesses and adopt disguises to gain access to them, all manner of complications, both comic and serious, ensue.

Part-pastoral romance, part-heroic epic, Sidney's long narrative work was hugely popular for centuries after its first publication in 1593, inspiring two sequels and countless imitations, and contributing greatly to the development of the novel.

As much a work of entertainment and wit as of instruction, if affords the best insight we have into the tastes and standards of the Elizabethans.

Sir Philip Sidney (1554-1586) became one of the Elizabethan Age's most prominent figures. Famous in his day in England as a poet, courtier and soldier, he remains known as a writer of sonnets.

7. THE COUNTESS OF PEMBROKE'S ARCAD

8. The Countess of Pembroke's Arcadia