Items related to Snowboarding: A Complete Guide for Beginners

Snowboarding: A Complete Guide for Beginners 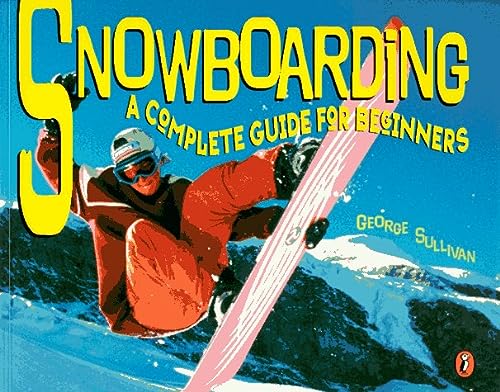 Enhanced by many colorful photographs, a beginner's guide to snowboarding provides coaching in gliding and sideslipping maneuvers, advice on picking the best board and appropriate attire, hints on safety, and instruction in tricks for the advanced snowboarder. Simultaneous.

Grade 4-6. Solid though brief information is combined with full-color photos to produce an easy-to-read, eye-pleasing book on snowboarding, one of the fastest growing winter sports. Fifteen short chapters discuss equipment, clothing, skills, tricks, and more. Safety is stressed throughout, with the final chapter pulling together a number of tips as an added reminder. Clear, crisp photographs appear on most pages. A listing of where to find more information includes videos, magazines, organizations, and two Internet addresses. Jon Lurie's Fundamental Snowboarding (1996) is aimed at a slightly older audience and contains more photographs. Lurie's adapted, larger typeface version of that book, Beginning Snowboarding (1996, both Lerner), is aimed at a similar audience as Sullivan's book. A forewarning: snowboarding will make its debut as an Olympic sport in the 1998 winter games.?Tom S. Hurlburt, La Crosse Public Library, WI
Copyright 1997 Reed Business Information, Inc.

1. Snowboarding: A Complete Guide for Beginners