Items related to Without a Doubt 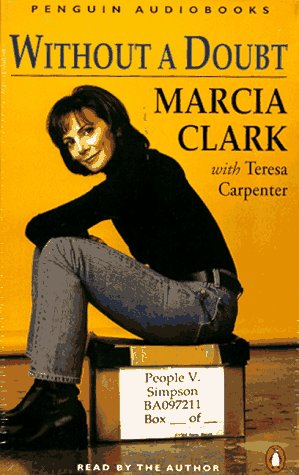 The lead prosecutor in the O. J. Simpson murder trial provides an insider's glimpse of the case, its outcome, the personal issues involved, and life in the Office of the Los Angeles District Attorney. Read by Marcia Clark. Simultaneous.

Closing arguments in the infamous O.J. Simpson trial hadn't even been made when the first O.J. book--the defendant's own, I Want to Tell You--hit the stands, and the ink wasn't even dry on newspaper accounts of the jury's verdict when Johnnie Cochran, Christopher Darden, Mark Fuhrman, members of the Brown and Goldman families, detectives concerned with the case, and even journalists covering the trial hurried into the fray with their own tell-all versions of this latest "trial of the century." So perhaps Marcia Clark, the chief prosecutor in the Simpson case, is a little late to the dance with her offering, Without a Doubt, cowritten with Teresa Carpenter. After all, what more is there to say? Plenty, according to Clark.

In Without a Doubt Clark painstakingly recounts the trial proceedings, from jury selection to final summation, and concludes that nothing could have saved her case, given the prominent role of race in the defense's strategy and the hostile jury who heard it. In Clark's opinion, the prosecution's mountain of evidence should have convicted Simpson 20 times over; that it did not, she says, attests to a judicial system wracked by race and overly impressed by celebrity. Amidst war stories from the trial, Marcia Clark sprinkles plenty of details about her private life before and after O.J., from a teenage rape to her ex-husband's custody suit. Followers of the O.J. case will want to add Without a Doubt to their collection.

This #1 New York Times bestseller is not just a book about a trial. It's a book about a woman. Marcia Clark takes us inside her head and her heart. Her voice is raw, incisive, disarming, unmistakable. Her story is both sweeping and deeply personal. It is the story of a woman who, when caught up in an event that galvanized an entire country, rose to that occasion with singular integrity, drive, honesty and grace. In a case that tore America apart, and that continues to haunt us as few events of history have, Marcia Clark emerged as the only true heroine, because she stood for justice, fought the good fight, and fought it well. Includes an index and 16 pages of photos.

1. Without a Doubt Marcia Clark and Teresa Carpenter

2. Without a Doubt Marcia Clark and Teresa Carpenter