Items related to The Man Who Fell to Earth

Tevis, Walter S. The Man Who Fell to Earth 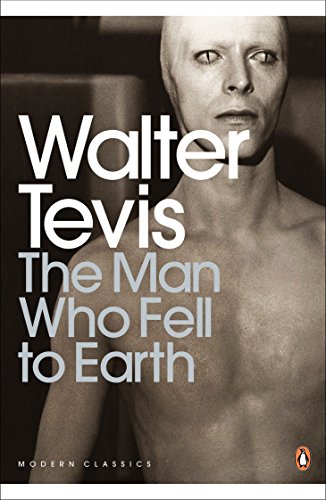 Thomas Jerome Newton is an extraterrestrial from the planet Anthea, which has been devastated by a series of nuclear wars, and whose inhabitants are twice as intelligent as human beings. When he lands on Earth - in Kentucky, disguised as a human - it's with the intention of saving his own people from extinction. Newton patents some very advanced Anthean technology, which he uses to amass a fortune. He begins to build a spaceship to help the last 300 Antheans migrate to Earth. Meanwhile, Nathan Bryce, a chemistry professor in Iowa, is intrigued by some of the new products Newton's company brings to the market, and already suspects Newton of being an alien. As Bryce and the FBI close in, Newton finds his own clarity and sense of purpose diminishing.

Walter Tevis (1928-1984) was an American novelist and short-story writer. He is best known for his novels The Hustler and The Man Who Fell to Earth which were adapted for film. He wrote three more novels -- Mockingbird, The Steps of the Sun and The Queen's Gambit - and a collection of short stories, Far From Home. He died in 1984.

Book Description Condition: Good. Ships from the UK. Former library book; may include library markings. Used book that is in clean, average condition without any missing pages. Seller Inventory # GRP36719797

Book Description Paperback. Condition: Very Good. The book has been read, but is in excellent condition. Pages are intact and not marred by notes or highlighting. The spine remains undamaged. Seller Inventory # GOR002036895

Book Description Paperback. Condition: Fair. A readable copy of the book which may include some defects such as highlighting and notes. Cover and pages may be creased and show discolouration. Seller Inventory # GOR003412278

The Man Who Fell to Earth (Penguin Modern Classics)

Book Description Paperback. Condition: Good. A few small marks or stains to the page edges/pages . A tan to the page edges/pages . Minor shelf wear Good condition is defined as: a copy that has been read but remains in clean condition. All of the pages are intact and the cover is intact and the spine may show signs of wear. The book may have minor markings which are not specifically mentioned. Most items will be dispatched the same or the next working day. Seller Inventory # wbb0019657540