Items related to Stig of the Dump

King, Clive Stig of the Dump 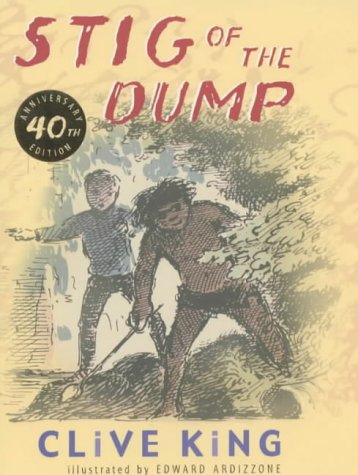 Barney's been told that if you go too near to the edge of the chalk-pit the ground would give way but, nevertheless, one boring grey day he goes along to see for himself. Next thing he knows he is at the bottom of the chalk rubbish-pit in a kind of cave unable to move his legs because somebody is sitting on them. And that's when Barney meets Stig. Nobody believes Barney when he says he has discovered a boy living wild in the dump, but for Barney Stig is totally real and together them embark on a series of wonderful adventures.

1. Stig of the Dump King, Clive and Ardizzone, Edward