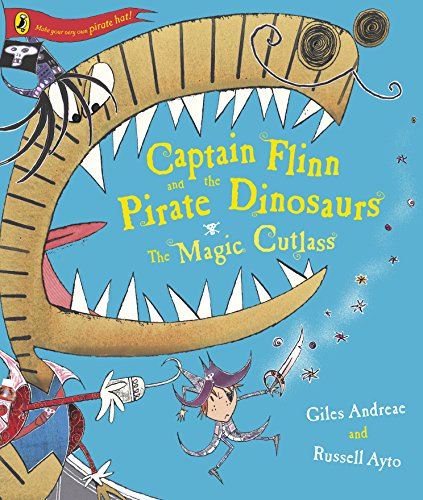 During the school play, Flinn finds himself slap-bang on the deck of a real-live pirate ship . . . and he's not alone! Pirate Diplodocus, Pirate Triceratops, Pirate Stegosaurus and, of course, his old arch-enemy, Captain T. Rex, are all there too. They are all on the hunt for the famous magic cutlass that can grant wishes - WATCH OUT, CAPTAIN FLINN! But you have to be careful what you wish for, and that dastardly Captain T. Rex soon finds himself in more trouble than ever!

3. Captain Flinn and the Pirate Dinosaurs - The Magic Cutlass

4. CAPTAIN FLINN AND THE PIRATE DIN