Items related to If You Ask Me: (And of Course You Won't)

White, Betty If You Ask Me: (And of Course You Won't)

If You Ask Me: (And of Course You Won't) 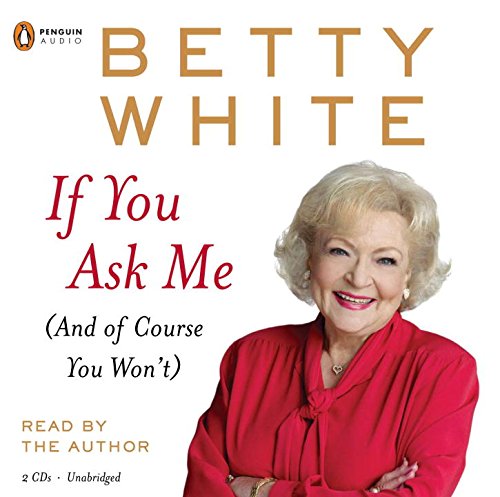 Read by the author

It-girl Betty White delivers a hilarious, slyly profound take on love, life, celebrity, and everything in between.

Betty White has been on television for over sixty years, beginning in 1949. She has starred in many successful series, made numerous guest appearances on game and talk shows, and narrated the Tournament of Roses Parade for twenty years and the Macy's Thanksgiving Day Parade for ten.

White has received 6 Emmy awards and 18 Emmy nominations. In 2010 she was presented with the Screen Actors Guild Life Achievement Award.. She is also the recipient of three American Comedy Awards (including a Lifetime Achievement Award in 1990), and two Viewers for Quality Television Awards. She was inducted into the Television Hall of Fame in 1995 and has a star on the Hollywood Walk of Fame.

She is the author of three previous books and lives in Los Angeles.

“A breezy patchwork of musings on aging, acting, poker (she plays a monthly game) and pet ownership.”—The New York Times