Items related to The Kamba Ramayana (English and Tamil Edition) 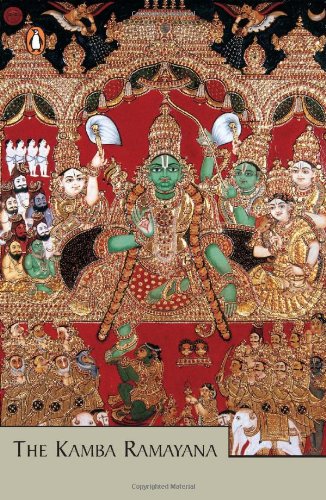 The epic story of Rama, which is part of the Indian collective consciousness, has been retold in many regional languages. Pre-eminent among the many vernacular retellings of the Ramayana is the twelfth-century Tamil version by Kamban. The son of a temple drummer, Kamban is reputed to have had an impressive mastery of Tamil and Sanskrit classics. Fascinated by the lore of Ramayana, he immersed himself totally in it. Translated into English by the late P.S. Sundaram, this edition has been abridged and edited by his long-time friend N.S. Jagannathan.

P.S. Sundaram took his Masters in English Language and Literature from Madras University (1930) and, later, from Oxford (1934), had a long and distinguished career as a professor of English at Lahore, Cuttack, Bareilly and Jaipur. N.S. Jagannathan holds a First Class Master's Degree in English and Literature from Madras University. he was a full-time journalist until his retirement in 1991.

Book Description PAPERBACK. Condition: New. Book Cover and ISBN may be different from US edition but contents as same US Edition. Excellent Quality,Quick delivery by USPS/UPS/FEDEX/DHL/ARAMEX, We may ship the books from Asian regions for inventory purpose. Our courier service is not available at PO BOX. Seller Inventory # nt_9780143028154

Shipping: US$ 7.97
From United Kingdom to U.S.A.
Destination, rates & speeds