Items related to The Last Concubine 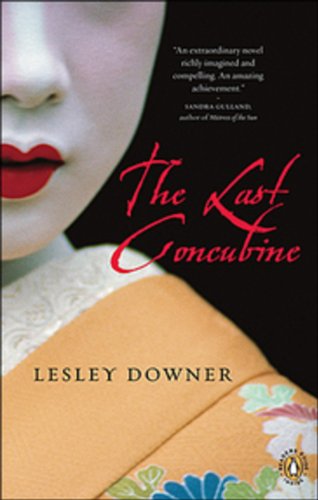 Growing up deep in the mountains of rural Japan in 1861, Sachi has always felt different. Her life is turned upside down at 11 when she is taken to the women’s palace in the great city of Edo. There she is chosen to be the young shogun’s concubine. Set in one of the most tumultuous eras in Japanese history, The Last Concubine is an epic evocation of a country in revolution, and of a young woman’s quest to find out who she really is.

How do you fall in love when your society has no word for it? The Last Concubine is an epic love story closely based on historical events, chronicling 19th century Japan’s extraordinary change from a medieval to a modern country. This is the story of a shogun, a princess and the three thousand women of the women’s palace - all of whom really existed - and of the civil war that brought their way of life to an end ...

But Japan is changing. Black Ships have arrived from the West, bringing foreigners eager to add Japan to their colonial empires. As civil war erupts, Sachi flees for her life. Rescued by a rebel warrior, she finds unknown feelings stirring within her; but this is a world in which private passions have no place and there is not even a word for ‘love’. Before she dare dream of a life with him, Sachi must unravel the mystery of her own origins – a mystery that encompasses a wrong so terrible that it threatens to destroy her ....

From the timeless beauty of the Women’s Palace in Edo to bloody battles fought outside its walls, The Last Concubine is an epic evocation of a country in revolution, and of a young woman’s quest to find out who she really is.

Lesley Downer's mother was Chinese and her father a professor of Chinese, so she grew up in a house full of books on Asia. But it was Japan, not China, that proved the more alluring, and she lived there for some fifteen years. She has written many books about the country and its culture, including Geisha: The Secret History of a Vanishing World, and Madame Sadayakko: The Geisha who Seduced the West, and has presented television programmes on Japan for Channel 4, the BBC and NHK. She lives in London with her husband, the author Arthur I. Miller, and still makes sure she goes to Japan every year.