Items related to Train To Pakistan 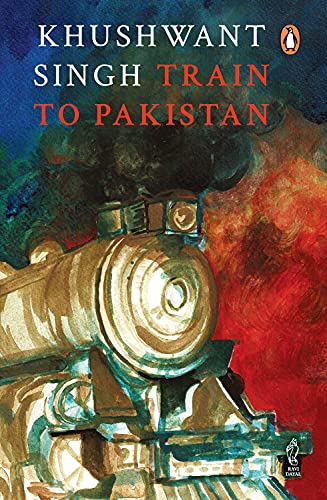 It is the summer of 1947. But Partition does not mean much to the Sikhs and Muslims of a village on the border of India and Pakistan. Then, a local money-lender is murdered, and suspicion falls upon Juggut Singh, the village gangster. When a train arrives, carrying the bodies of dead Sikhs, the village is transformed into a battlefield. Amidst conflicting loyalties, it is left to Juggut Singh to redeem himself and reclaim peace for his village.

It is a place, Khushwant Singh goes on to tell us at the beginning of this classic novel, where Sikhs and Muslims have lived together in peace for hundreds of years. Then one day, at the end of the summer, the 'ghost train' arrives, a silent, incredible funeral train loaded with the bodies of thousands of refuges, bringing the village its first taste of the horrors of the civil war. Train to Pakistan is the story of this isolated village that is plunged into the abyss of religious hate. It is also the story of a Sikh boy and a Muslim girl whose love endures and transcends the ravages of war.

Khushwant Singh is a renowned journalist, the author of several works of fiction, and an authority on Sikh history.