Items related to Kapoors: The First Family Of Indian Cinema 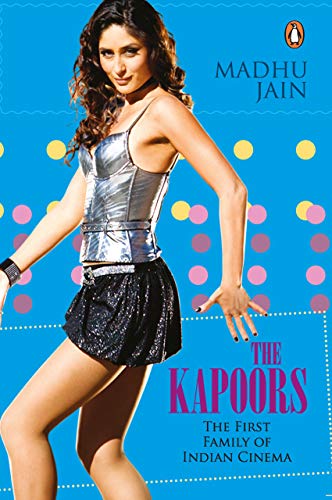 We are like the Corleones in The Godfather Randhir Kapoor There is no film family quite like the Kapoors. A family of professional actors and directors, they span almost eighty years of film-making in India, from the 1920s to the present. Each decade in the history of Hindi films has had at least one Kapoor if not more playing a large part in defining it. Never before have four generations of this family or five, if you include Bashesharnath Kapoor, Prithviraj Kapoor s father, who played the judge in Awara been brought together in one book. The Kapoors details the professional careers and personal lives of each generation box-office successes and failures, the ideologies that informed their work, the larger-than-life Kapoor weddings and Holi celebrations, their extraordinary romantic liaisons and family relationships, their love for food and their dark passages with alcohol. Based on extensive personal interviews conducted over seven years with family members and friends, Madhu Jain goes behind the façade of each member of the Kapoor clan to reveal what makes them tick. The Kapoors resembles the films that the great showman Raj Kapoor made: grand and sweeping, with moments of high drama and touching emotion. Few books on Indian cinema have been written with such wit, clarity and sparkle Outlook Jain writes in a language that is simple and pithy. . . it will keep alive public interest in the Kapoors who refuse to call it a day Telegraph Immensely readable...will surely find a place in the Indian cineaste s library Biblio

Madhu Jain was educated at Connecticut College in the United States, following which she did her masters in literature from Delhi University and studied French literature at the Sorbonne in Paris. In the seventies she worked as a reporter for the Statesman, moving towards the end of the decade to Sunday magazine to write on politics, foreign affairs and culture. She was also the New Delhi correspondent with the French national daily, La Croix, for a decade before she joined India Today in 1986, where she remained until 2000. Since then she has written for several publications, including Outlook and the Hindu, on contemporary life, art and cinema. She has curated two art exhibitions—Kitsch Kitsch Hota Hai on kitsch and the contemporary imagination and the other on the painter Viswanadhan.

Madhu Jain lives in Delhi with her physicist husband Krishna Jain. They have two children.

5. The Kapoors,: the First Family of Indian Cinema

7. The Kapoors: the First Family of Indian Cinema (Paperback)

Shipping: US$ 5.05
From United Kingdom to U.S.A.
Destination, rates & speeds