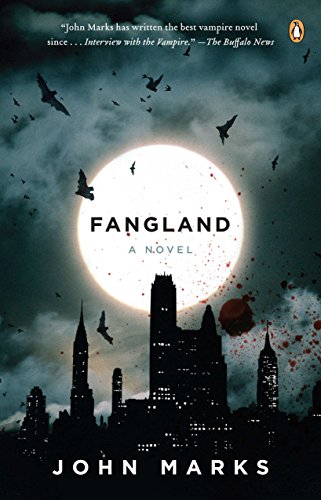 As the popularity of Elizabeth Kostova's bestselling The Historian proves, there's always an audience bloodthirsty for quality, page-turning horror. Now, in a marvelously horrifying turn, John Marks-a former 60 Minutes producer-sinks his satirical teeth into twenty-first- century media. In Fangland, Evangeline Harker is an employee of the legendary TV news magazine The Hour. Sent on assignment to Transylvania, she delivers more than a story when mysterious e-mails, coffins, and a creepy guy named Torgu descend on the New York office. This darkly funny tale will appeal to vampire and horror aficionados as well as anyone who's fed up with what passes for "news" today.

The former bureau chief of U.S. News & World Report in Berlin, where he lived for five years, John Marks has written for The New York Times and The Wall Street Journal, among other publications. He holds an M.F.A. from the Writers' Workshop at the University of Iowa and is currently a domestic correspondent at U.S. News & World Report. He lives in New York City.

Four talented narrators tackle a modern-day vampire tale, told via emails, therapy journals, and diaries. The story starts at "The Hour," a documentary TV show. The author's history as a "60 Minutes" producer gives realism to the depiction of an average workday and makes the story's ghastly details even more chilling. Listeners journey with Assistant Producer Evangeline Harker to Romania to lure an Eastern European gangster on-screen. Instead the interview serves as a vehicle that gives Dracula himself access to a post-9/11 New York City. Harker's disappearance and resurgence months later at a Transylvanian monastery wreaks havoc with the lives of the entire staff of the news show from the lowliest editor to the aging and paranoid senior executive. D.P.D. © AudioFile 2007, Portland, Maine-- Copyright © AudioFile, Portland, Maine