Items related to The Ghost Writer 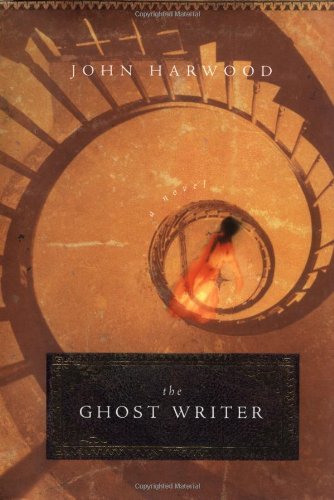 Timid, solitary librarian Gerard Freeman lives for just two things: his elusive pen pal Alice and a story he found hidden in his mother’s drawer years ago. Written by his great-grandmother Viola, it hints at his mother's role in a sinister crime. And as he discovers more of Viola’s chilling tales, he realizes that they might hold the key to finding Alice and unveiling his family's mystery – or will they bring him the untimely death they seem to foretell?

Harwood’s astonishing, assured debut shows us just how dangerous family skeletons – and stories -- can be.

Growing up in a small Australian town, Gerard Freeman loves to hear his mother talk about her idyllic childhood in an English country manor. But she swears that she will never return to England, and refuses to tell him what happened to her family, though she is clearly terrified of some invisible yet ever-present threat. One hot afternoon, he waits until she is napping, then creeps into her bedroom to break open the drawer that’s always locked, the one that he hopes holds all her secrets. . . .

Twenty years later, Gerard has not left home – he works as a librarian – but he lives for just two things: his English penfriend Alice, for whom he yearns with all his heart, and the ghost story he found in his mother’s drawer all those years ago. Written by his great-grandmother Viola, it hints at the terrible crime that haunted his mother, and, finally, destroyed her. And as Viola’s chilling tales lead him to London, Gerard realizes that the stories might hold the key to finding Alice as well as unveiling his family's mystery – or are they leading him directly to the untimely death they seem to foretell?

Harwood’s deliciously clever debut never loosens its grip on us as it moves from Gerard's present-day detective work to the macabre world of Viola's supernatural stories, from Australia to London, from the safety of books to the terror of a ghost story come alive. Astonishingly assured, compulsively readable, The Ghost Writer shows us just how dangerous family skeletons – and stories -- can be.