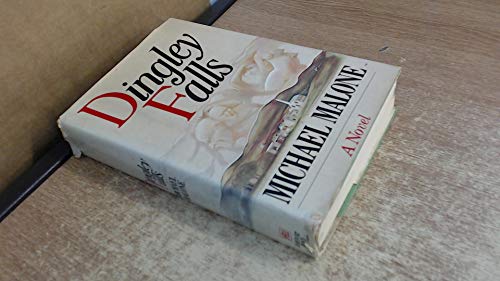 In Dingley Falls, Connecticut, in the summer of 1976, all seems well until Beanie Dingley Abernathy runs off with visiting poet Rich Rage, setting off shock waves which soon engulf everyone

Michael Malone is the author of ten novels, a collection of short stories, and two works of nonfiction. Educated at Carolina and at Harvard, he is now a professor in Theater Studies at Duke University. Among his prizes are the Edgar, the O. Henry, the Writers Guild Award, and the Emmy. He lives in Hillsborough, North Carolina, with his wife.

There was something the matter with Judith Haig's heart. That was why she had to quit her job at the post office where she had sorted the lives of Dingley Falls for eleven years. Mrs. Haig was only forty-two years old. She didn't drink or smoke, and she was slim enough to have worn her daughter's clothes if she had had a daughter. So it seemed to be simply bad luck that her heart murmured. She was in Dr. Otto Scaper's office now, waiting to be told how careful she needed to be.

The post office wasn't really the problem. All she did there was raise, then lower the flag, weigh packages and sell stamps, slip into their slots the rare letters and regular government checks that sustained those (very few) too indigent to have homes to which the postman, Alf Marco, could take their mail. The problem was the dogs. Mrs. Haig was afraid of the dogs that lived in the trailer park and gathered in packs to wait for her when she left her home north of the Rampage to cross the bridge into downtown Dingley Falls. Waited to tear out onto the bridge and snarl at her ankles. They never quite bit her. But they scared her and troubled her heart.

Her husband, John "Hawk" Haig, police chief of Dingley Falls (and the neighboring borough of Madder), did not believe his wife. The one day he had walked with her to work, there had been no dogs at all on Falls Bridge. They knew that she was afraid of them, and that her husband wasn't, and so they hadn't bothered to come. Mrs. Haig was most afraid of horrible thoughts that she couldn't keep out of her mind. Among them, unavoidable premonitions that these dogs wished and planned to ravage her. This fear, and her belief that the dogs knew she understood what they wanted, she did not tell her husband.

For years Chief Haig had wanted her to quit her job anyhow. Everyone knew there was no reason for her to be working, not with his salary and with no children to support. And they had their house of flat new bricks shoved up against the shoulder of the highway above Dingley Falls and Madder. She might as well stay there and enjoy fixing it up.

Now Mrs. Haig watched huge Dr. Scaper come out of his office with the lawyer Winslow Abernathy and pat the patient on his long, thin back. "Well, you never can tell about the heart," roared the seventy-four-year-old physician. "How long you plan to be up in Boston then?"

"Just three days. Meanwhile, I'd rather not let Beanie know about this, I think. I'll give you a call, Otto. Thank you." Abernathy nodded his vague, frowning smile at Mrs. Haig, whom he knew from the post office but failed really to see. The door closed quietly behind him.

"Be with you in one minute," Dr. Scaper yelled at Mrs. Haig. "Got to use the facilities." He shuffled over to whisper, "Call of nature, go in there to smoke. Ida here's against it."

Through the sun-splintering window next to her desk, the doctor's nurse saw Polly Hedgerow pedal past in a rush of red on her bicycle. "Fifteen years old," sighed Ida Sniffell, "and I don't believe she's thought to buy herself a bra." Judith Haig tried to reply with a smile but returned to the magazine she wasn't really reading, so she didn't learn that in this Bicentennial year Betty Ford, and other rich and famous women in America, had their problems, too.

Without hands, in a private bravura performance, sixteen-year-old Polly Hedgerow cruised the freshly tarred rotary that circled the little town green. In its center, a granite Elijah Dingley sat stiffly in his marble chair, and in the stone arms of the statue snuggled Joy Strummer, languidly reading a movie magazine in the shade of a giant copper beech.

Elijah Dingley had founded the town on which he imposed his name three hundred years ago, when he banished himself from Providence, Rhode Island, in disgust at the emotional displays of Roger Williams and on his way to New York, got lost. Dingley Falls was in Connecticut, east of the Hudson and west of Hartford, in low mountains and beautifully situated on the Rampage River, a branch of the Housatonic. Joy Strummer was Polly's best friend.

"Joy!" she yelled as she flew past. Joy's little spaniel jumped up and barked at her.

The pretty town of Dingley Falls was well off and white framed with shutters. Dingleyans had watched the riotous sixties on television and were happy to have missed them. They were proud that in 1976, as all around Great Societies puffed themselves up and blew themselves away, here in Dingley Falls the true America had been safely preserved, like an artifact in a time capsule. They had lost nothing but their elms. Here there were no disaffections, no drugs or delinquency, no pollutants or impoverishments to trouble repose. The town's polities were Republican, its income private, and its houses Federalist. Some of these homes had black shutters, some had gray, and Mrs. Ernest Ransom had painted hers bright orange. Priss Ransom was Mrs. Vincent Canopy's best friend. "Priss has always insisted on defining herself," explained Tracy Canopy.

This morning Polly Hedgerow happened to be on her way to visit the man who, twenty-seven years ago, had married Tracy to Vincent Canopy. He was Father Sloan Highwick, Rector of St. Andrew's Episcopal Church and Polly's sidekick. Together they spied, like an unfallen Lear and Cordelia, on who was in, who was out, in their little town. First she circled the green three times, not only to avoid annoying powerful forces, but also to check things out for the Rector. As she pedaled, she panned the white brick and gray slate buildings, the civic and mercantile Stonehenge of Dingley Falls. As far as she could tell, nothing much was going on. The lawyer, Mr. Abernathy, stood on the sidewalk as if he couldn't remember where he was supposed to go next. Across the green, old Miss Lattice scurried to Ransom Bank, probably to get change for her Tea Shoppe. In the doorway of Barnum's Antiques, Hobbies, and Appliances, that creepy Mr. Barnum was ogling Joy Strummer, smacking his lips. The Dingley Day office still had a broken window; Mr. Hayes, the editor, didn't seem to care. And at the far end of the green the bespectacled Mrs. Vincent Canopy was driving the right front wheel of her Volvo up onto the curb, where she left it. Mrs. Ernest Ransom got out of the passenger door and laughed.

Leaning into a left turn, Polly sped away from the town center and gathered speed to climb Cromwell Hill. At its top, in his Irish country hat, Father Highwick was pestering his gardener, Sebastian Marco, who was trying to transfer Red Sunrise dahlias in the solitude an artist deserves. The rector had nothing to do, and for sixty-six years he had never been able to bear being alone. So while Sebastian grimaced when the girl suddenly rattled into his garden, her wheels scattering his combed gravel, he forgave the barbarity, because as long as she kept Highwick company the gardener could work without having to rebut an erroneous homily on the gardenia or listen to an off-key "Cantate Domine."