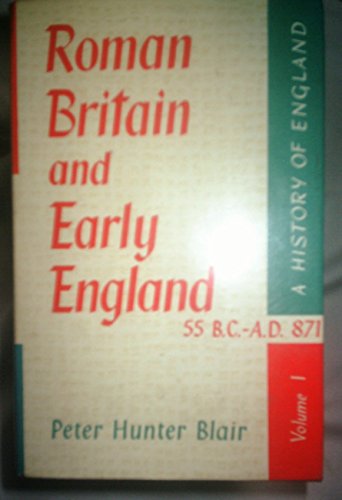 "An excellent introduction to an obscure and difficult period." ―The Economist

By the time of Caesar's first expedition to Britain in 55 B.C., migratory movements had established close ties of kinship and common interest between the peoples who lived in Gaul and some of the inhabitants of Britain. Because the source material is so meager for much of early British history, Mr. Blair is careful to explain just how scholars have arrived at an accurate knowledge of the first 900 years.

The real history of Britain begins with the Roman occupation, for the Romans were the first to leave substantial documentary and archaeological evidence. After the governorship of Agricola the written sources almost entirely disappear until the early Anglo-Saxon era of the fifth century; but archaeologists have been able to gather a great deal of information about the intervening centuries from excavations of old walled towns, roads, and fortresses dating from the Roman period. Mr. Blair skillfully describes the transition from Roman to Saxon England and shows why Rome's greatest legacy to her former colony―Christianity―flowered within Anglo-Saxon culture. The source material on Saxon England is mainly documentary, as these new inhabitants built in wood and little archaeological evidence has survived. However, Bede's Ecclesiatical History of the English Nation and other great Christian writings, the Anglo-Saxon Chronicle, Beowulf, the stories of Caedmon, and other poems and epics in the Germanic minstrelsy tradition, have revealed much about English economic, social, and cultural life up to the accession of Alfred the Great.

The special aim of this series is to provide serious and yet challenging books, not buried under a mountain of detail. Each volume is intended to provide a picture and an appreciation of its age, as well as a lucid outline, written by an expert who is keen to make available and alive the findings of modern research.

An excellent introduction to an obscure and difficult period. -- The Economist

Book Description Condition: Good. Ships from the UK. Former Library book. Shows some signs of wear, and may have some markings on the inside. Seller Inventory # 18909786-20