Items related to Olive a Young Girl's Triumph over Prejudice : The... 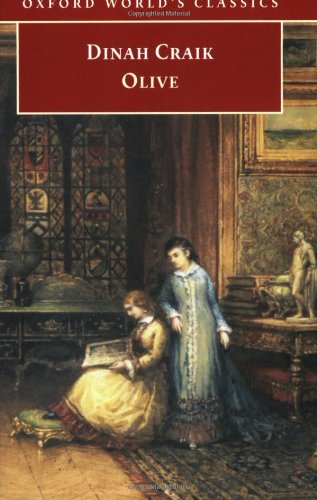 'Sybilla considered beauty as all in all. And this child - her child and Angus's, would be a deformity on the face of the earth, a shame to its parents, a dishonour to its race.'

First published in 1850, Olive traces its eponymous heroine's progress from her ill-starred birth to maturity as a painter and wife. The crippled child of parents who are disgusted by her physical 'imperfection', a curvature of the spine, Olive struggles to take her place in the world as artist
and woman. Published three years after Jane Eyre, Olive's swift fictional response to Charlotte Bronte's novel raises questions of family, race and nation. This edition also includes 'The Half-Caste', a story that confronts questions of miscegenation and racial prejudice in Victorian
Britain.

Book Description Oxford Paperbacks, 2000. Paperback. Condition: Good. A slight tan to page edges Good condition is defined as: a copy that has been read but remains in clean condition. All of the pages are intact and the cover is intact and the spine may show signs of wear. The book may have minor markings which are not specifically mentioned. Most items will be dispatched the same or the next working day. Seller Inventory # wbb0013166673

Shipping: US$ 10.29
From United Kingdom to U.S.A.
Destination, rates & speeds

Book Description Oxford Univ Pr, 2000. Paperback. Condition: Good. Connecting readers with great books since 1972. Used books may not include companion materials, some shelf wear, may contain highlighting/notes, may not include cdrom or access codes. Customer service is our top priority!. Seller Inventory # S_280386240

Book Description Oxford Univ Pr, 2000. Condition: Good. A+ Customer service! Satisfaction Guaranteed! Book is in Used-Good condition. Pages and cover are clean and intact. Used items may not include supplementary materials such as CDs or access codes. May show signs of minor shelf wear and contain limited notes and highlighting. Seller Inventory # 019283326X-2-4