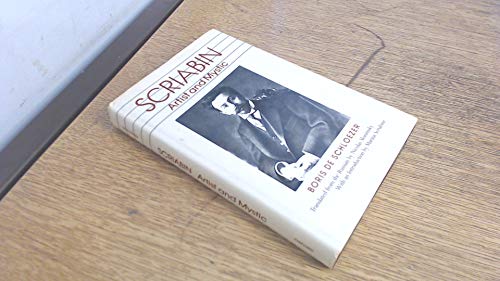 Boris de Schloezer's book on the Russian composer Alexander Scriabin (1872-1915) was written in 1919, and published by an emigr 'e Russian press in Berlin in 1923. It is a biography written by an extremely gifted young man, who became an intimate associate of the composer and his brother-in-law, and a sympathetic exponent of his mystical beliefs. The book has long been regarded as one of the essential primary documents for the student of Scriabin's life and thought, and now appears for the first time in English in a translation by Nicolas Slonimsky, who contributes a personal memoir of de Schloezer. The volume also includes an introduction and an astrological study by Mariane Scriabine, the composer's daughter and de Schloezer's niece. Readership: students of Scriabin and of pre-Revolutionary Russian music.

Buy Used
Condition: Fine
Translated from the Russian by... Learn more about this copy