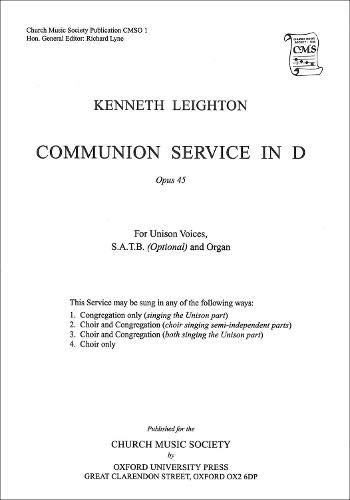 Kenneth Leighton was born in Wakefield, Yorkshire. He studied at The Queen's College, Oxford, and in Rome with Goffredo Petrassi. After posts at the Royal Marine School of Music, the University of Leeds and the University of Edinburgh, he returned to Oxford as University Lecturer in Music and Fellow of Worcester College. In 1970 he was appointed Reid Professor of Music at the University of Edinburgh, a post which he held until his death in 1988. Kenneth Leighton was one of the most distinguished of the British post-war composers; over 100 compositions are published, and his work is frequently performed and broadcast both in Britain and abroad.