Items related to The Genius of Shakespeare

Bate, Jonathan The Genius of Shakespeare

The Genius of Shakespeare 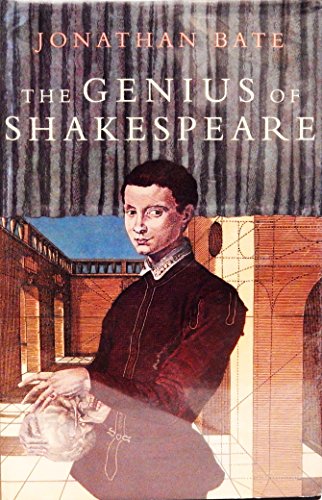 This fascinating book by one of Britain's most acclaimed young Shakespeare scholars explores the extraordinary staying-power of Shakespeare's work. Bate opens by taking up questions of authorship, asking, for example, Who was Shakespeare, based on the little documentary evidence we have? Which works really are attributable to him? And how extensive was the influence of Christopher Marlowe? Bate goes on to trace Shakespeare's canonization and near- deification, examining not only the uniqueness of his status among English-speaking readers but also his effect on literate cultures across the globe.

Ambitious, wide-ranging, and historically rich, this book shapes a provocative inquiry into the nature of genius as it ponders the legacy of a talent unequalled in English letters. A bold and meticulous work of scholarship, The Genius of Shakespeare is also lively and accessibly written and will appeal to any reader who has marveled at the Bard and the enduring power of his work.

Jonathan Bate is King Alfred the Great Professor of English Literature at the University of Liverpool. He is the author of Shakespeare and Ovid (OUP, 1993), Shakespearean Constitutions (OUP, 1989), and Shakespeare and the English Romantic Imagination (OUP, 1986). Among his edited volumes are Titus Andronicus (Arden Shakespeare), Romantic Ecology, and The Romantics on Shakespeare.

Mr. Bate writes eloquently about Shakespeare's genius as a shaper of language and dramatic characters, but he does not have much to say about his genius as a thinker. Indeed, the figure who emerges from this book is rather conventional in his ideas. Thus Mr. Bate seems to miss the deepest dimension of the playwright's achievement. -- The Wall Street Journal, Paul A. Cantor

1. THE GENIUS OF SHAKESPEARE

2. The Genius of Shakespeare

3. The Genius of Shakespeare Bate, Jonathan