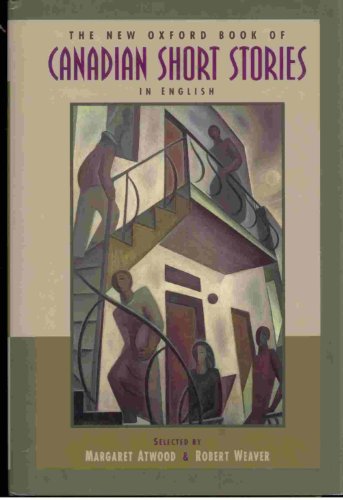 First published in 1987, The Oxford Book of Canadian Short Stories was hailed as "a world-class anthology" in The Washington Post Book World and as "a banquet of stories...to be savored and enjoyed over and over again" in The Philadelphia Inquirer. Now, in The New Oxford Book of Canadian Short Stories, Margaret Atwood and Robert Weaver have compiled an updated anthology that surpasses the original in historical and regional balance while providing fiction lovers with another superb collection of works.
Featuring 45 stories, four more than in the first edition--including new stories by 18 of the writers featured in the original--The New Oxford Book of Canadian Short Stories offers an engaging survey of Canada's leading writers and finest short stories. Here readers will find gems by such writers as W. P. Kinsella, Morley Callaghan, Timothy Findlay, Matt Cohen, and many others. And of course, there are selections by some of Canada's leading literary lights, including internationally known authors Alice Munro ("The Jack Randa Hotel"), Mavis Gallant ("Scarves, Beads, and Sandals"), and Atwood herself. But perhaps the most exciting feature is the presence of many new writers, including Thomas King, Carol Shields, Rohinton Mistry, and Dionne Brand--writers who underscore Atwood's conviction that the Canadian short story will continue to grow, mutate, re-seed itself, and flourish.
The New Oxford Book of Canadian Short Stories, revised and updated, reflects the increasing diversity of the genre and the growing reputation of a new generation of Canadian writers. It belongs on the shelf of all aficionados of short fiction.

About the Editors:
Margaret Atwood is a prolific writer, the author most recently of the The Handmaid's Tale and The Robber Bride.
Robert Weaver, now retired from his 30-year career as executive producer of the Canadian Broadcasting Corporation, has edited more than a dozen anthologies.

"Bite-sized treasures will fill many a winter evening and summer afternoon. This anthology should be in every English-language library in Canada and abroad." - Canada Book Review Annual

"A show of extraordinary imaginations that just happens to be Canadian." - Financial Post

"Will stand as a text if not a monument for the next number of years." - Saskatoon Star Phoenix