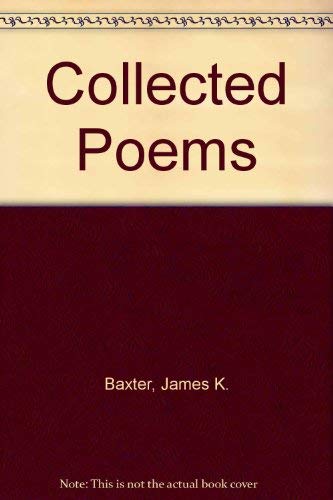 The collected poems of James Baxter, who is considered by some critics to be a leading English language poet of this century.

"James K. Baxter is an outstanding figure, one of the major English-language poets of the post-war years."--Times Literary Supplement

"[Baxter's] work presents an engaging tension between futility and gentle optimism....J.E. Weir has carefully edited this interesting pilgrimage with notes and dates of estimated composition and initial publication."--Choice
"A highly significant figure in contemporary literature."--The Times (London)
"J.E. Weir's massive collection of Baxter's verse reminds us that in the last analysis he was a poet...a major figure, a major influence--someone to be reckoned with when totting up the poetic score of this century."--World Literature Today