Items related to The Shrine and Cult of Mu'in Al-din Chishti of... 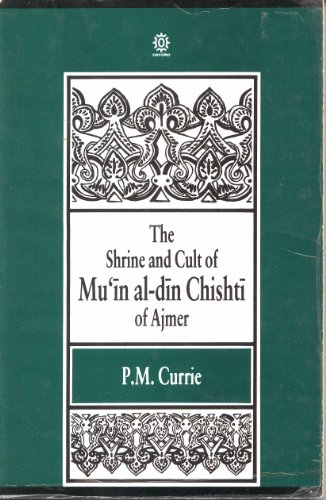 One of the most revered mystics of the Indian subcontinent was the fourteenth-century Shaykh Mu'in al-Din Chishti, whose tomb in Rajasthan is a center of pilgrimage to the present day. This study defines the role of the Sufi mystics in Islam, and places Mu'in al-Din in a historical context, attempting to disentangle the Mu'in of history from the legendary creation of later hagiographical chronicles. The author then considers why the legend arose at all, and took the form that it assumed. Later chapters describe the history of the shrine, and the customs and hierarchy of attendants that have grown up around it in the last 500 years.

Buy Used
Book is gently used with minor... Learn more about this copy

1. The Shrine and Cult of Mu'in Al-Din Chishti of Ajmer

Book Description Oxford University Press, Delhi, India, 1992. Soft cover. Condition: Very Good -. No Jacket. Book is gently used with minor wear to cover. Pages are lightly age toned, and plastic laminate on cover has some wrinkles, and is peeling at some spots on edges. Tightly bound copy with clean interior having no markings, writing, underlining, or highlighting in margins or text block. Inv. # 8237. Seller Inventory # 008237