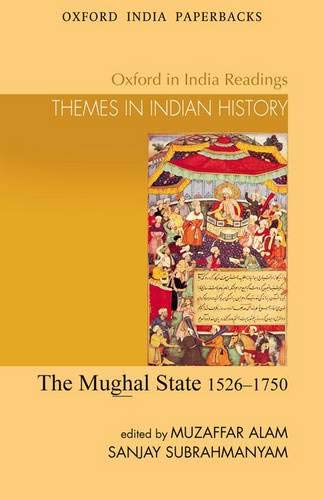 The Mughal state has, since the time of its existence, exercised a compelling effect on observers. A rich historiography in Indian and European languages has long existed, and in the present century debates have raged concerning its character, and the implications for the longer-term trajectory of the subcontinent. This book brings together some of the key interventions in that debate, while its detailed introduction surveys the main positions, and outlines possibilities for future research. It is the outcome of the collaboration of two scholars, one a leading specialist on Mughal studies, the other a social and economic historian of the early modern Indian Ocean world and southern India.

Book Description Condition: New. Brand New Original US Edition.We Ship to PO BOX Address also. EXPEDITED shipping option also available for faster delivery.This item may ship fro the US or other locations in India depending on your location and availability. Seller Inventory # AUDECC-38692