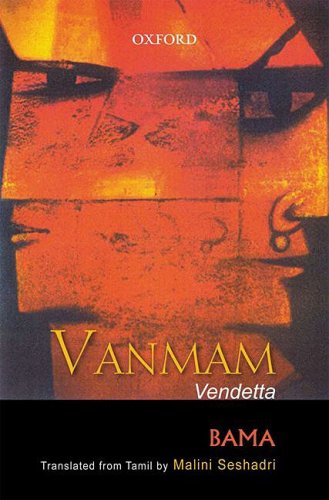 This is the English translation of Bama's third novel Vanmam, originally published in Tamil. Focusing on the nature and function of caste in Tamil society; the novel talks about the silenced topics of relationships between inter- and intra-Dalit communities. It moves away from accounts of victimhood and deals with the animosity between two Dalit castes. The novel shares the discourse of Dalit modernity, which addresses issues concerning contemporary society and its contradictions. The current edition includes an insightful introduction by R. Azhargarasan and an interview with the author. Vanmam would be an important addition to the corpus of Dalit literature, and will appeal to readers interested in Indian writing in translation as well as students of political and social history.

Bama is one of the first Dalit women writers to be widely recognized and translated. Her published works include Karukku, Sangati, and Kisumbukaaran.

Malini Seshadri (translator) has to her credit more than 200 newspaper articles on gender issues. She used to interview for both TV and Radio, and now reviews books, writes on social issues, and has co-authored a successful series of Peace Education textbooks (OUP India).