Items related to Indian Philosophy: Volume I: with an Introduction by... 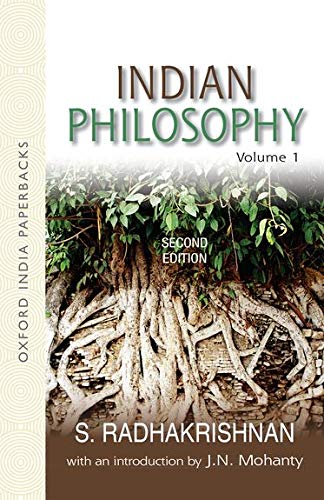 This classic work is a general introduction to Indian philosophy that covers the Vedic and Epic periods, including expositions on the hymns of the Rig Veda, the Upanisads, Jainism, Buddhism and the theism of the Bhagvadgita. Long acknowledged as a classic, this pioneering survey of Indian thought charts a fascinating course through an intricate history. From the Rig Veda to Ramanuja, Radhakrishnan traces the development of Indian philosophy as a single tradition of thought through the ages. The author showcases ancient philosophical texts and relates them to contemporary issues of philosophy and religion. This second edition with a new Introduction by eminent philosopher J.N. Mohanty, highlights the continuing relevance of the work and the philosophic tradition it represents.

S. Radhakrishnan (1888-1975) was a distinguished scholar, statesman, and author. He taught for many years at Oxford University before becoming the President of India in 1962. He was awarded Bharat Ratna in 1954.

"This work gives a clear and rational account of the highest conceptions of Hinduism. The happy blend of Eastern conceptions with Western terminology makes the book intelligible even to the inexpert and it need hardly be added, instructive. Professor Radhakrishnan has shown that in their perception of the goal, in the acuteness of their reasoning, and in the boldness of their conceptions, the Indian thinkers are second to none."--Times Literary Supplement

"Comprehensive and authoritative. No such adequate account of Hindu thought has appeared in English. The spirit, motive, and method of this great book are admirable." --Church Times

5. Indian Philosophy: Volume I: with an Introduction by J.N. Mohanty (Oxford India Collection)