Items related to Master Harold and the Boys (Contemporary Plays) 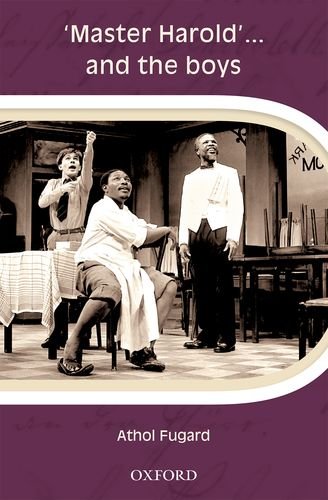 The role that won Zakes Mokae a Tony Award brought Danny Glover back to the New York stage for the Roundabout Theatre's revival of this searing coming of age story, considered by many to be Fugard's masterpiece. A white teen who has grown up in the affectionate company of the two black waiters who work in his mother's tea room in Port Elizabeth learns that his viciously racist alcoholic father is on his way home from the hospital. An ensuing rage unwittingly triggers his inevitable passage into the culture of hatred fostered by apartheid.

"One of those depth charge plays [that] has lasting relevance [and] can triumphantly survive any test of time...The story is simple, but the resonance that Fugard brings to it lets it reach beyond the narrative, to touch so many nerves connected to betrayal and guilt. An exhilarating play...It is a triumph of playmaking, and unforgettable."-New York Post

"Fugard creates a blistering fusion of the personal and the political."-The New York Times

Academy-Award winner Athol Fugard, one of theatre's most acclaimed playwrights, finds humor and heartbreak in the friendship of Harold, a 17-year old white boy in 1950's South Africa, and the two middle aged black servants who raised him. Racism unexpectedly shatters Harold's childhood and friendships in this absorbing, affecting coming of age play.

The play, initially banned from production in South Africa, is a Drama Desk Award winner for Outstanding New Play.

Buy Used
Condition: Good
the wraps are shelf rubbed and... Learn more about this copy

1. Master Harold ' and the Boys