Items related to Captive Spirits: Prisoners of the Cultural Revolution 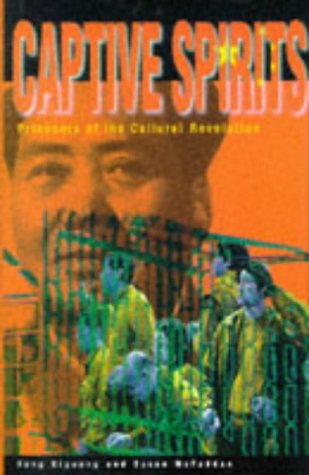 Captive Spirits is the gripping prison memoir of Yang Xiguang, a high school student who was arrested during the Cultural Revolution for writing a political essay. He spent the next ten years in a succession of Chinese gulags and vividly relates the poignant stories of his cellmates--activists, intellectuals, "rightists," thieves, and madmen--as well as his own intellectual and spiritual journey.

Yang Xiguang is Reader in the Department of Economics at Monash University, Australia. Susan McFadden is a writer and translator based in Princeton.

"Lively, funny, sad, thought-provoking. It is not principally about politics, but people--those who crowded with Yang into dark cells in the 1970s. From murderers to capitalists to Christians, he gives us a glimpse of the 'little people' of China, their ways and their fates."--South China Morning Post

"Yang Xiguang depicts these "Captive Spirits" with all the stolid humor of a Solzhenitsyn and all the social searching of a Djilas. Yang's tales of fellow prisoners, who survive hunger, harassment, failed escapes, and state-organized murder, are enough to capture any reader's heart. These are free spirits."--Lynn T. White III, Princeton University

Book Description Oxford University Press, USA, 1997. Condition: Good. Former Library book. Shows some signs of wear, and may have some markings on the inside. Seller Inventory # GRP11049483

Book Description Oxford University Press, 1997. Condition: Good. A+ Customer service! Satisfaction Guaranteed! Book is in Used-Good condition. Pages and cover are clean and intact. Used items may not include supplementary materials such as CDs or access codes. May show signs of minor shelf wear and contain limited notes and highlighting. Seller Inventory # 0195868455-2-4