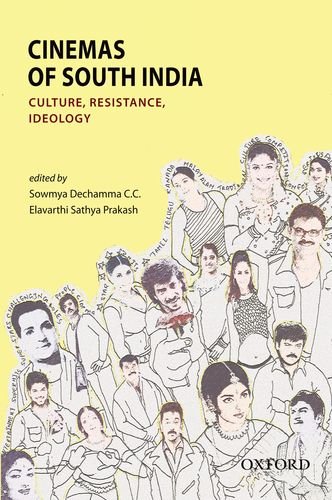 This book looks at the different ways in which cinema from south India is organized and structured. Broadly focusing on Kannada, Malayalam, Tamil, and Telugu films, the essays explore the different ideologies within the tradition of films, film industries, and 'filmwoods'. How these ideologies within and outside the contexts of film industries construct ideas and images of identity related to language, gender, region, and politics among others? How these in turn are very entrenched in notions of 'culture'? These are among several other questions the contributors--established theoreticians of film studies and emerging scholars--address. Locating the debate away from the Bollywood/Hindi cinema-nation framework, the volume suggests that a single framework or a framework that polarizes Hindi cinema and 'other' cinemas is too narrow for studying cinemas of India. The Introduction by Sathya Prakash and Sowmya Dechamma looks at all these issues and reviews existing studies on cinemas of south India.

Buy Used
Condition: As New
Used - Like New. Book is new and... Learn more about this copy

Book Description Oxford University Press 2010-10-01, 2010. Hardcover. Condition: Very Good. Item is in very good condition. If supplemental codes/CDs for textbooks are required please contact us prior to purchasing as they may be missing. Seller Inventory # DS-019806795X-2